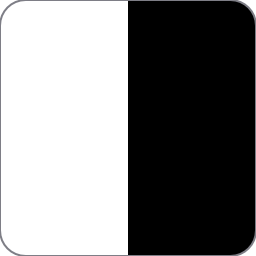 Theory
In GO-29's documentation, Part II - Programmatic Usage, the section Subroutines describes the nature and limits of the calculator's ¦ and § mechanism. In particular we learned that on an actual HP-29C, subroutine calls could be nested to a depth of three, although GO-29 extends that number. If the new, larger, subroutime call depth `n_29` had not been documented, how could you determine it?

With the aid of this diagram we discovered that if you wrote and called enough nested subroutines the LIFO § queue would lose its earliest entries and that the program would terminate prematurely before returning to the Main Program:

As it happens, we can couple this observation of early program termination along with a recursive subroutine to discover `n_29`, GO-29's subroutine call depth, or § queue size.

Recursion is pretty opaque until you wrap your head around it, then it's amazingly awesome - search the web and read up on the topic! A recursive subroutine typically contains in its definition instructions that do stuff, then a call to itself to do similar stuff based upon what it just did. Makes perfect sense, right?

The big problem here (ignoring the fact that R₈ hasn't been initialized) is that the count-up goes on forever, there is no test to exit the virtual loop! If you manually key GSB 9, the subroutine calls itself an infinite number of times. A recursive subroutine always needs a way out, a testable condition that can activate a clean exit from the subroutine. Here, two things should be obvious:

Let's examine these two observations in greater detail. For this experiment we are probing the calculator to find `n_29` by repeatedly making nested subroutine calls until we exceed the size of the call depth queue. The essential idea is to count-up as we ¦ deeper and create LIFO queue entries, then reverse course and count-down as we § and consume LIFO queue entries. If the call queue becomes truncated then there is no longer a one-to-one correspondence between ¦s and §s (too many ¦s and not enough § information), thus the count-down will stop too soon, and the final subroutine nesting level in R₈ will not be zero.

To do this we must add two small sections of code to subroutine © 9, the first to stop the recursion, and the second to count-down R₈. We stop the recursion by only allowing ¦s to a certain depth, the proposed call back depth, a number that we'll enter from the keyboard and store in R₉. Once the subroutine nesting level reaches this value we'll explicity return, which breaks recursion and initiates the §s that attempt to get back to the Main Program. And counting-down is easy enough, it's the opposite of counting-up!

And that is the completed recursive subroutine © 9, now it's time to visit the Main Program, consisting of two entry points, © 0 the initializer, and © 1 the recursive subroutine controller code. Note the use of the two 8* extended opcodes, |2 to signal an input error, and |1 to indicate succesful return to the Main Program. Theses opcodes are explained in GO-29's documentation, Part III - GO-29 Programs, in the section Special 8* Opcodes.

© 0 stores the proposed subroutine nesting limit in R₉, ensures the value is sane, then jumps to © 1.
© 1 controls the recursive subroutine © 9. Before initiating the recursion the nesting level is "incremented" to zero, and after the subroutine returns R₈ is decremented to account for the last §.